I was raised in West Chester, Pennsylvania. My understanding that we live in a free and fair country, in a state filled with a rich political and cultural history, is part of who I am. There are statues in my town of the Unknown Soldier and Frederick Douglass. Brilliant artists, musicians and political activists, like Horace Pippen, Samuel Barber, and Bayard Rustin, are celebrated as notable figures in West Chester’s history. All three faced discrimination and opposition, yet they persisted. West Chester is situated an hour from the rock used to map the Mason-Dixon Line. Stories of the Underground Railroad filled my childhood with passion and purpose. This is who I am. I am a proud citizen of West Chester, Pennsylvania.

Life here is good. I live comfortably and enjoy our culture and our landscape. I did notice when district lines were redrawn for voting districts 6 and 7, but I did not act. It wasn’t until I was shaken awake by the 2016 election that I realized how wrong my childhood understanding may actually be. I did not understand that our democracy has been slowly corroding for generations. Now, with technological advances in mapping systems and data filtering, self-interested politicians have bounded across a line. Our current comfort cannot and should not blind us to the fact that our votes are no longer our own. Votes in Pennsylvania are cherry-picked and organized in order to support causes political parties are paid to support. Individuals are no longer a concern of our Commonwealth.

Pennsylvanians lost the ability to have their voices heard over time. The redistricting of 2012 was a catastrophic leap, but it was not the only step. The efforts to wipe away our democratic system must be stopped. Do not let our Constitution Center become a farcical reminder of a time past.

I am writing, hoping to inspire others to action. We are not all political leaders, but we all have a part to play. Pennsylvania’s history of political activism, innovation and hard work is not something to be left in the history books. Men did not die at Valley Forge so that we can squander democracy now. It is our job to know the current hero’s names in the fight against the gerrymandering of our state. Votes of entire cities have been washed away through the use of technologically advanced mapping systems and the selfish, partisan politics that are fueling our country. The media’s constant regurgitation of inflammatory headlines is not the balanced reporting that was once presented under the Fairness Doctrine (eliminated in 1987). The lazy days of watching the nightly news are gone. It is time for us to research for ourselves and understand. It is time to let real people know the faces of those fighting for fair districts.

HERE ARE THE FOLKS FIGHTING FOR FAIR DISTRICTS

I have gathered current notable figures who are fighting for democracy today. These are men and women we can turn to for guidance and courage. I have not included the leaders of movements; instead, I have collected the men and women who are standing up inside our government and insisting that our communities be respected and our votes hold weight. 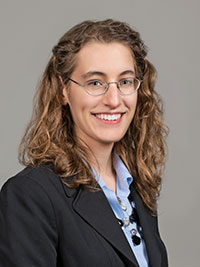 Amanda Holt is a leader and inspiration in the fight against the gerrymandering of Pennsylvania. She was a piano teacher, who after seeing plans for Pennsylvania’s district map following the 2010 census, drew her own version. She brought her redesign in front of our state’s supreme court in 2012. Amanda carefully reviewed the populations. She gathered influential allies and did not stop until her voice was heard. Amanda Holt was named “Citizen of the Year” by the Patriot News and was honored by American Association of the University of Women (AAUW) with their Impact Award. She now holds a commissioner’s seat in Lehigh Valley.

Sen. Lisa Boscola was an early supporter of the movement for fair districts. She is currently sponsoring Senate Bill 22. The bill would establish an 11 member independent commission comprised by four individuals registered with the largest political party in the Commonwealth, four registered with the second-largest party, and three people not affiliated with either major political party.

As Pennsylvania Representatives and Senators slowly join the movement to fairly district our state, Rep. Comitta stands out. During her time as Mayor of West Chester, Rep. Comitta stood up for the borough, with voices like Amanda Holt. My town was about to be ripped in half, disenfranchising many of the young, poor and minority sectors. Mayor Comitta fought to keep West Chester’s voice unified; taking concern for her citizens to the State Supreme Court in 2012. Remember; united we stand, divided we fall. Rep. Comitta promised to stand with Fair Districting PA, even before House drafts are completed.

At the time, Senate Minority Leader Jay Costa was a member of the 2012 commission that drew our current house district map. He voiced his concerns and was the only committee member to vote against the map his commission created. Voices of dissent should be cheered when they are crying out for our right to a fair and free democracy.

“The reapportionment process has been long and taken many twists and turns. Unfortunately, we are right back to where we started when the Supreme Court rejected the previous gerrymandered map. Incredibly, in the face of clear guidance from the court and provisions of the state constitution, the commission adopted another gerrymandered map. “The map contains way too

many inexplicable and unnecessary partisan county splits that run afoul of the court and the constitution. Plus, Republicans applied different data when they drew eastern and western Pennsylvania districts. Their arbitrary and inconsistent use of performance data in the east and registration numbers in the west conveniently benefits their party.

“The final map is the product of a broken and bewildering process in which the public was ignored and negotiation was illusory. The map is a total disappointment.”

I am including Senator Dinniman primarily for announcing district 7’s new name. He rightfully credits Jim Callahan of Berwyn for coming up with the name. It was after a contest to name this obviously skewed district that Dinniman announced the district’s name of “Bullwinkle J. Moose”.

Dinniman has promised to stand with Senate Bill 22 and fight for the fair districting of our state. As a democrat, he is currently positioned to benefit from not backing the bill as democrats would control the next commission under the current system. Dinniman is a politician who stands up for the people he represents. He understands that without the right to have our votes heard, democracy is lost.

Sen. Scavello, a republican, has co-sponsored Senate Bill 22. Sen. Boscola has been voicing his concerns for years and Sen. Scavello is standing beside her, presenting bi-partisan support for the bill. This is not about politics; it is about our political system. The United States democracy is being threatened in its birthplace, the commonwealth of Pennsylvania.

HERE ARE THE FOLKS WHO BROUGHT US OUR CURRENT GERRYMANDERED MAP

In order to paint a more complete picture, I am also including the men who brought us our current map. These are the figures that facilitated robbing Pennsylvanians of their voice in 2012. The state constitution clearly says: “Unless absolutely necessary no county, city, incorporated town, borough, township or ward shall be divided in forming either a senatorial or representative district.”

The faces below led the redistricting in 2012. They made secretive last minute changes and fought in court demanding the validity of their map. Small victories were won against these men, but the system is broken. Any system that allows so few individuals to crush so many is not one I condone.

Dominic Pileggi was pushed out of office by his own party when he was seen as too moderate of a Republican. Use of Pileggi’s own map helped elect Senator Jake Corman in a special election.

Judge Stephen McEwen retired from the bench on December 31, 2012, due to mandatory retirement age limits.